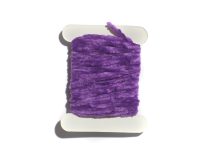 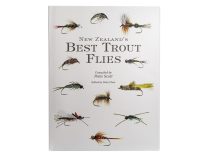 In New Zealand ‘s Best Trout Flies, 30 of the most successful anglers from around the country share with us their thoughts and reminiscences of six of their favourite fly patterns. A number of them are professional fly tyers or are regularly consulted by major fly fishing tackle concerns, and their patterns are widely sought after. Some are professional guides, and their reputation and livelihood often depend on the reliability of their chosen fly patterns to ensure success for demanding clients.

Many are actively engaged in competition fly fishing both locally and internationally or have been involved in it at some stage in their career. In the course of so doing, they have travelled and competed extensively overseas against the best anglers worldwide in various Oceania and World championships. Several of them have also written other angling books or regularly contribute to fishing magazines and periodicals.

The contributors have found it necessary to continuously stay one step ahead in this game and, as such, the chapters in this book cover the use of flies and application of innovative techniques not often considered in the New Zealand context.

The Foreword was graciously written by Paul Dewar, Vice-President of Sport Fly Fishing New Zealand Inc. Every Fly is accompanied by details for tying and a colour photograph. The book is also beautifully illustrated with paintings in watercolour by well-known South Island fly fishing artist Michael Scheele, as well as vivid black and white sketches and full-colour photographs of scenery and wildlife.

With the forthcoming World Fly Fishing Championship in 2008 being scheduled to take place in New Zealand, this book should be of special interest to fly fishermen situated both locally and abroad.

Peter Scott is a former national fly fishing champion and has competed at various Oceania and World championships. He is an active committee member of Sport Fly Fishing New Zealand Inc.

YOYO – When the fishing is slow.

Laird of the Flies – David McLellan

$2.60 – $3.91
Join Waitlist We will inform you when the product arrives in stock. Please leave your valid email address below.